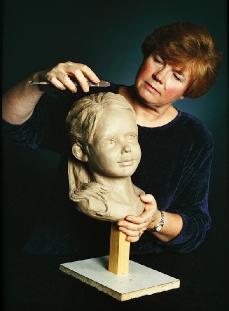 Kathy Anderson, a Colorado native, grew up in Colorado Springs, the only daughter, with four brothers, of a physician father and an artistic, community volunteer mother. She learned at an early stage in her life to value her creative talents, the importance of giving back to the community and how to survive in a mostly male household.

Kathy earned her B.F.A. degree from the University of Denver in 1964 and five years later a Master’s Degree in Art Education from the University of Oregon. This training developed not only her love of art education that includes all the fine arts, but also a keen awareness of basic design, shape, form and texture.

Kathy married Bill Anderson in 1968 and, following the birth of their two sons, she put her art education career on hold to raise their children. As her children grew to independence, she increasingly involved herself in giving back to her community. Evident in her 20 year career in volunteer work, her interests have always centered on the issues that affect the lives of children, families and the arts. She has advocated for children in many capacities, including county and state PTA, Jefferson County School District committees, a Colorado Department of Education Taskforce on Fine Arts, and numerous boards of directors including the Jefferson Foundation, Girls Count, American Association of University Women and the Columbine High School Memorial. In 2002, Kathy received the “Jefferson County Good News Coalition” award for “Inspiring Creativity Through the Arts” and the Jefferson County “Volunteer of the Year Award.” In 2001 she received a “Community Service Award” from the Lookout Mountain DAR Chapter. In 2018 Kathy was inducted in her High School’s Hall of Fame. She truly believes that the arts, in any form, make an incredible difference in a person’s life.

Kathy began sculpting classes in the early 1990s and knew immediately that this would be a major calling in her life. Her professional career soared soon after casting her first bronzes in 1993, propelled by gallery representation and shows. Her sculptures range in size from two inches to life-size. Kathy’s sculptures have been offered in select galleries and are included in private collections around the world. She has been awarded many private commissions. Her award winning work in sculpture has been featured in group shows in museums in several states: including the C.M. Russell Museum in Great Falls, Montana; The Great Plains Museum in Lincoln, Nebraska, Regan Presidential Library in Simi Valley, California, the Olaf Wieghorst Museum in El Cajon, California, and the Foothills Art Center in Golden, Colorado. Her works have been featured in many national juried and invitational exhibitions, including Sculpture in the Park in Loveland, Colorado; the Fine Arts Festival in Oklahoma City; the Danada Sculpture Show in Wheaton, Illinois, and the Art on the Commons in Lakewood, Colorado.

Kathy has been a student, homemaker, wife, daughter, mother, friend, part-time children’s ski instructor, community leader, and speaker – all encompassed within the pursuit of her sculpting career. Beyond sculpting, her interests include photography, travel, reading, and theatre. She is a gourmet cook and is currently learning to quilt. Kathy values the time spent with her two sons and daughter-in-laws, now in South Carolina and California, and prizes every precious second with her three grandchildren.

Kathy is a Signature member of ‘Women Artists of the West’ and ‘American Plains Artists.’ She works out of her studio in Littleton, Colorado.